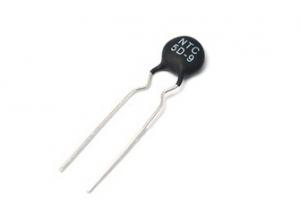 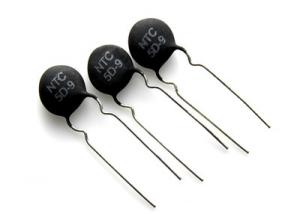 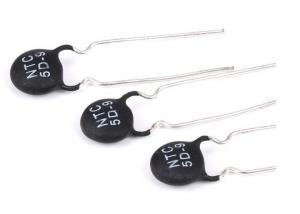 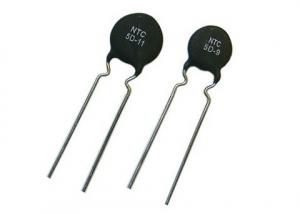 * Rt---Resistance Value at Zero-power
It's a resistance which is got at a fixed temperature on a basis of a testing power which causes resistance to Vary in a range which can be ignored in relation to the total testing eror.

How to use the power thermistor

The most suitable power thermistor for the above circuit is required to fulfill the following terms and conditions.

1. The permissible current at ambient temperature of 55 should be over 2A.

2. The thermistor resistance for suppressive current which becomes below 30A should be over 4.2 ohm from the under-mentioned formula.

3. Max. capacitance shall be over 2000 at AC 100V. Accordingly, suitable thermistors are 6D-22, 5D-18 and 8D-18, and if we consider in the points of small time constant which means a small size and large effect for suppressive current which means large rated zero power resistance, 8D-18 is the most suitable one. Use the following circuit in the power supply for 100V and 200V.

Thank you! Your message has been sent to the following suppliers.